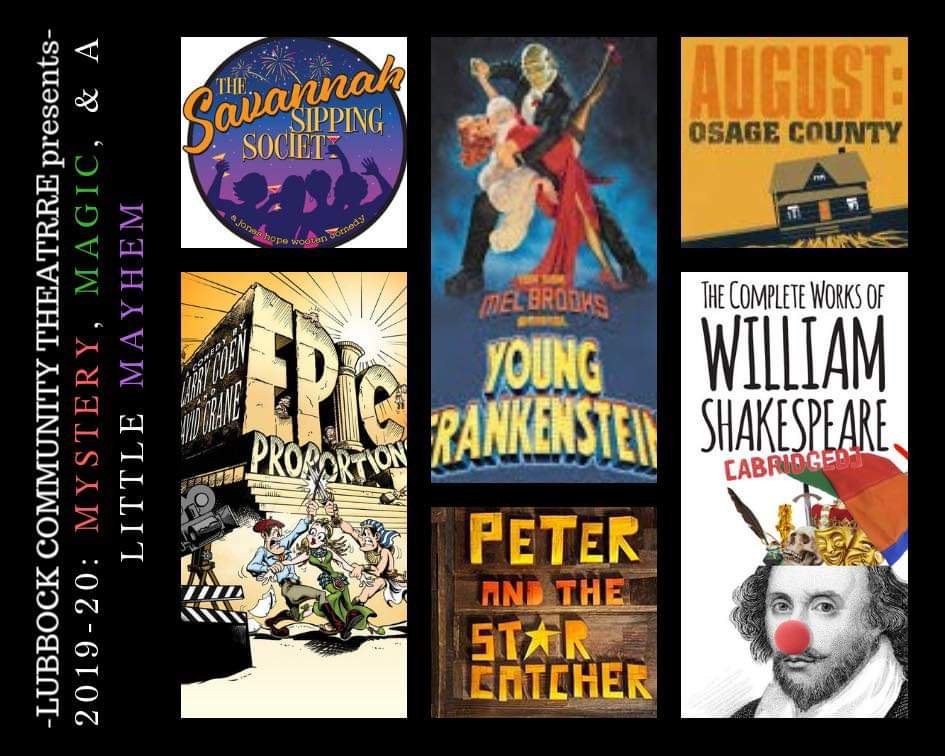 2019-2020 Season
Our 30th Season is starting with a show of EPIC Proportions. Celebrate the entire year with us by purchasing season tickets here https://buy.ticketstothecity.com/venue.php?org_id=308
Epic Proportions – September 6-8, 13-15, 20-22
Written by David Crane and Larry Coen
Directed by Kerry Douglas McKennon

Set in the 1930s, EPIC PROPORTIONS tells the story of two brothers, Benny and Phil, who go to the Arizona desert to be extras in the huge Biblical epic Exeunt Omnes. Things move very quickly in this riotous comedy and before you know it, Phil is directing the movie, and Benny is starring in it. To complicate matters further they both fall in love with Louise, the assistant director in charge of the extras. Along the way there are gladiator battles, the Ten Plagues and a cast of thousands portrayed by four other actors. $20 adults, $Students/Seniors

In this delightful, laugh-a-minute comedy, four unique Southern women, all needing to escape the sameness of their day-to-day routines, are drawn together by Fate—and an impromptu happy hour—and decide it’s high time to reclaim the enthusiasm for life they’ve lost through the years. Together, they discover lasting friendships and a renewed determination to live in the moment—and most importantly, realize it’s never too late to make new old friends. So raise your glass to these strong Southern women and their fierce embrace of life and say “Cheers!” to this joyful and surprisingly touching Jones, Hope, Wooten comedy! $20 adults, $Students/Seniors

Grandson of the infamous Victor Frankenstein, Frederick Frankenstein (pronounced “Fronk-en-steen”) inherits his family’s estate in Transylvania. With the help of a hunchbacked sidekick, Igor (pronounced “Eye-gore”), and a leggy lab assistant, Inga (pronounced normally), Frederick finds himself in the mad scientist shoes of his ancestors. “It’s alive!” he exclaims as he brings to life a creature to rival his grandfather’s. Eventually, of course, the monster escapes and hilarity continuously abounds. $25 adults, $20 Students/Seniors

Shakespeare may be turning in his grave, but the show that’s become a cult classic contains all 37 plays (plus sonnets) in just 97 minutes. As the comedies aren’t anywhere near as funny as the tragedies, all sixteen have been condensed into ‘Four Weddings and a Transvestite’, the history plays are transformed into a game of American football, Othello is performed in rap and Titus Androncius becomes a TV cookery programme. For the finale, Hamlet is staged first as a psychological exploration of Hamlet’s Ego and Ophelia’s Id, then performed in a matter of minutes and, for the finale, performed backwards. For lovers of Shakespeare everywhere. “What cheek! What nerve! What sheer, heavenly, unadulterated fun!” Sunday Express. $20 adults, $Students/Seniors

A young orphan and his mates are shipped off from Victorian England to a distant island ruled by the evil King Zarboff. They know nothing of the mysterious trunk in the captain’s cabin, which contains a precious, otherworldly cargo. At sea, the boys are discovered by a precocious young girl named Molly, a Starcatcher-in-training who realizes that the trunk’s precious cargo is starstuff, a celestial substance so powerful that it must never fall into the wrong hands. When the ship is taken over by pirates – led by the fearsome Black Stache, a villain determined to claim the trunk and its treasure for his own – the journey quickly becomes a thrilling adventure. $25 Adults $20 Students/Seniors

Directed by Jay C. Brown
A vanished father. A pill-popping mother. Three sisters harboring shady little secrets. When the large Weston family unexpectedly reunites after Dad disappears, their Oklahoman family homestead explodes in a maelstrom of repressed truths and unsettling secrets. Mix in Violet, the drugged-up, scathingly acidic matriarch, and you’ve got a major play that unflinchingly—and uproariously—exposes the dark side of the Midwestern American family. Winner of the 2008 Pulitzer Prize and Tony Award. “I’d bet the farm that no family has ever been as unhappy in as many ways—and to such sensationally entertaining effect—as the Westons of AUGUST: OSAGE COUNTY.” $20 adults, $Students/Seniors

We hope you are as excited about this lineup as we are. Be on the lookout for more information regarding dates, ticket sales, and season subscriptions! 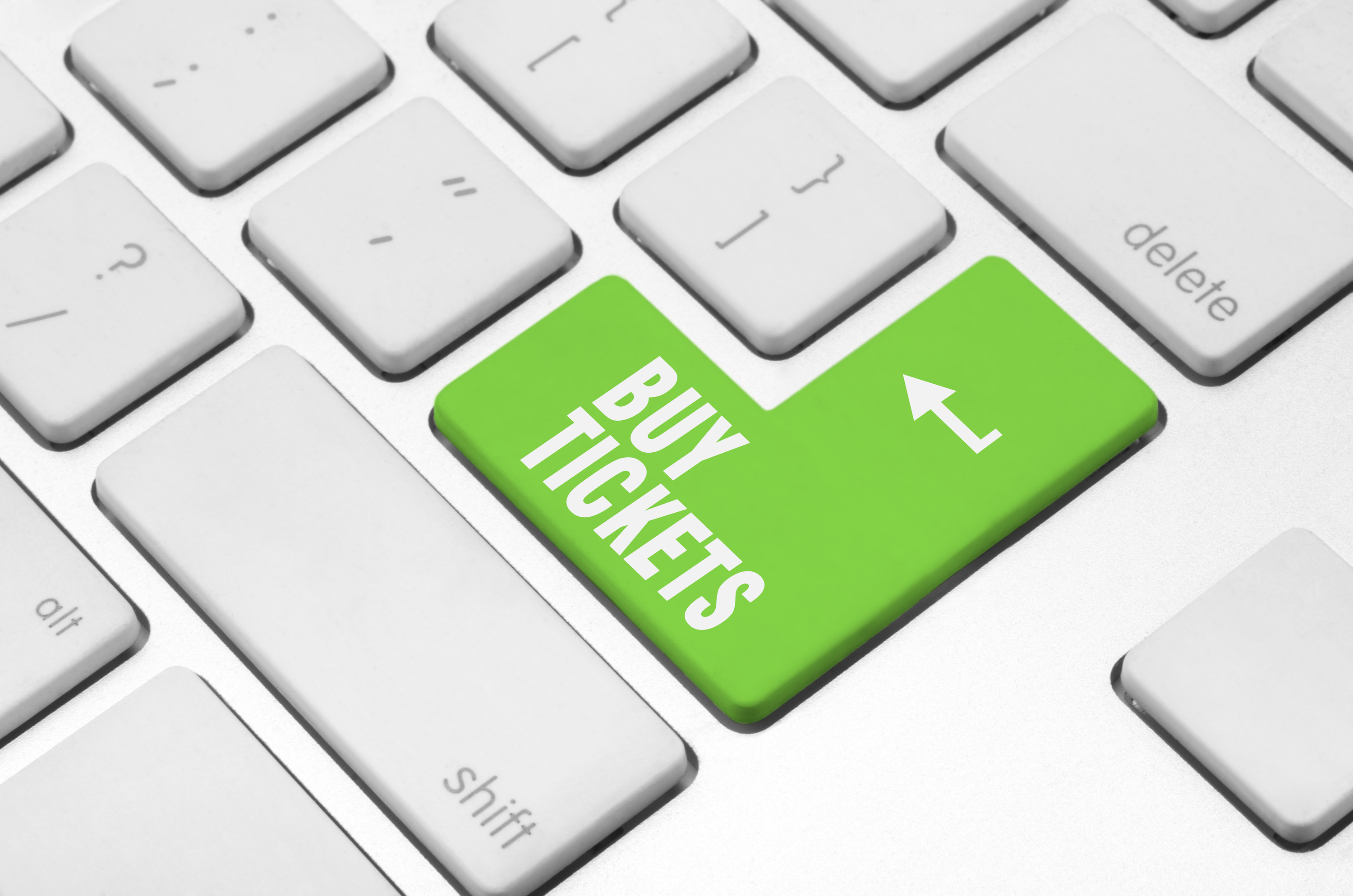